By Anthony Mandal You can now read through all keynote papers, delegate abstracts and panel descriptions. The 55,000-word document contains details of 228 presentations across 71 panels, plenaries and workshops/roundtables, covering a range of topics including: nation and print, producing and consuming print, intertextual exchanges, textual scholarship, Romantic legacies and professional skills. …read more 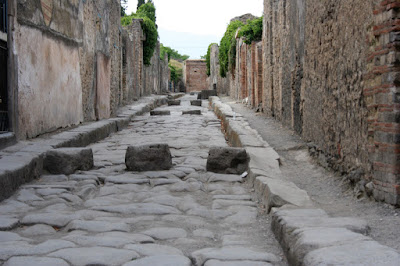 Vipers and Treacherous Men: Moral Tales in the Lady’s Magazine Musings on the Romantic Illustration Network: The Story So Far

This year, facilitating the Romantic Illustration Network has taught me three things: be ready shift furniture and sweep floors at 9am in your best conference jacket; never underestimate the importance of the well-timed tea break; and the most important work is often done in the pub after the symposium, so always choose a good watering-hole and book a large table.

It’s been a great pleasure developing the Network and getting to know the regulars and the new faces who attend each event. I’ve become familiar with the inside workings of the British Academy, the Tate, and the House of Illustration, and I now have a really good sense of the goals and constraints of what are often loosely termed ‘heritage organisations’. It’s exciting to see, particularly after our recent event on Saturday June 6th, how our convivial gatherings, individual research papers, and gallery tours are actually building towards an understanding of shared interests and emerging research questions. Intellectually the awareness of a shared agenda and new theoretical approaches is growing, and alongside this, there is now a real sense of the Network as a collaborative international team of scholars. I hope we can continue to build on this.

The great strength of …read more

BARS recently provided support for the Military Masculinities in the Long Nineteenth Century conference at the University of Hull, organised by Anna Barry and Emma Butcher. We’re very grateful to Elly McCausland and Tai-Chun Ho (who were awarded conference bursaries) for the following reports on what sounds to have been a really fascinating and useful event.

Military Masculinities in the Long Nineteenth Century, University of Hull
20 – 21st May 2015

Day One – Report by Elly McCausland

Held to commemorate the bicentenary of the Battle of Waterloo, the Military Masculinities conference at the University of Hull offered a fascinating range of papers on subjects ranging from children’s literature and war trauma to heroism and Napoleonic song, exploring the multiple manifestations of the military man in the long nineteenth century and the ways in which he was appropriated, questioned and critiqued by diverse forms of literary, material, visual and musical culture.

The opening panel, ‘Heroes and Hero-Worship’, explored changing definitions of heroism in the literature of the nineteenth century and the role of choice and agency in heroic activity. Helen Goodman from Royal Holloway began by examining the ways in which the novels of Rider Haggard promote inter-generational masculinities centred around …read more

By maximiliaan@gmail.com by Maximiliaan van Woudenberg The fifth story in both Gespensterbuch and Fantasmagoriana (vol 2), ‘L’Heure fatale’ / ‘The Fated Hour,’ is the second story in Tales of the Dead. It appears to have been more of an influence on Byron’s Manfred (1817) than Mary Shelley’s Frankenstein. Provenance Paths and Variants First, the provenance path from […] …read more

LONG POST: Report from the Newcastle University Research Symposium on the Shelley-Godwin Circle

I wrote this blog in April for BARS (the British Association for Romantic Studies). I am very pleased to be part of their blog writing team, and very thankful to their support of my research: I have just recently been awarded a Stephen Copley Postgraduate Research Award to help fund an upcoming research trip to the USA.

Here is my report from the fantastic Shelley-Godwin research symposium in Newcastle earlier this year (my first visit to the city, and the university!)

On 13th April 2015 I visited Newcastle University to attend a Research Symposium in the School of English Literature, Language and Linguistics (SELLL). This event, organised by Will Bowers, began with two panels of presentations by Newcastle researchers and a poetry reading, all of which paid specific attention to William Godwin, Percy and Mary Shelley and their circles. This was followed in the evening by the literature visiting speaker programme, with talks by Elizabeth Denlinger (New York Public Library) and Gregory Dart (University College London). Their talks focussed on ‘Editing Romantic-Period Writings in the 21st Century’.

REGISTRATION OPEN: The Arts And Feeling in Nineteenth-Century Literature and Culture, Birkbeck, University of London, 16-18 July 2015

The Arts And Feeling in Nineteenth-Century Literature and Culture
Birkbeck, University of London, 16-18 July 2015

This conference will explore the ways in which nineteenth-century authors, artists, sculptors and musicians imagined and represented emotion and how writers and critics conceptualised the emotional aspects of aesthetic response. It aims to map the state of the field in this growing area of interest for nineteenth-century scholars by locating recent interdisciplinary work on sentimentality and art and writing and the senses within wider debates about the relationship between psychology and aesthetics in the long-nineteenth century.

Speakers will investigate the physiology and psychology of aesthetic perception and the mind/body interactions at play in the experience of a wide range of arts. Key questions include: How did Victorian artists represent feeling and how were these feelings aestheticised? What rhetorical strategies did Victorian writers use to figure aesthetic response? What expressive codes and conventions were familiar to the Victorians? Which nineteenth-century scientific developments affected artistic production and what impact did these have on affective reactions?

Registration is now open for the main conference. To register, please visit: https://www2.bbk.ac.uk/artsandfeeling/

Event Report: ‘The Art of Quotation and the Miniaturised Gallery’, RIN 4, Saturday 6 June 2015

We had two inter-related themes for the symposium:

1.Miniaturization: Drawing on Peter Otto’s work on virtual culture in the Romantic period, is the illustration a form of virtual gallery? How does visual meaning change when an image is resized?
2.The Art of Quotation: How were literary quotations used to conceptualise visual images? How important are framing devices to the meaning of an image?

However, speakers were free to interpret the terms ‘quotation’ and ‘miniaturised gallery’ in any way they saw fit, and to raise any other questions they chose.

We kicked off with David Worrall (Roehampton/Nottingham Trent) who presented us with his concept of ‘locations of curation’. After crediting William St Clair in RIN 3 for inspiring his quest for a new theory of illustration, Worrall explored what he described as two currently disconnected narratives – Romanticism and eighteenth-century theatre – to consider the changing moments when images interact with other objects, such as the people who view them. He used the example of theatrical portraits to demonstrate how images moved from stage, to page, to prints, to household objects.

By Anthony Mandal We have secured 100 en-suite and 65 semi-en-suite rooms just by the conference venue, at £28.70 and £26.71/night respectively (including breakfast). Here are the instructions. Go to: https://bookaccommodation.cardiff.ac.uk Location should be kept as: Any location. Nights between 15th – 20th July need to be selected and BARS2015 entered as the promotional code. Accommodation at Colum Hall […] …read more