Report from Writing Lives Together (University of Leicester, 2015) – Lucy Johnson

The 2015 Writing Lives Together: Romantic and Victorian Biography conference was held on the 18th September at the University of Leicester. Organised by Dr Felicity James and Dr Julian North, the day provided fascinating papers and stimulating discussion (along with a fabulous lunch!).

The opening keynote lecture, ‘Adventures of an Unromantic Biographer’, was delivered by Dr Daisy Hay (University of Exeter), in which she discussed the ‘creative potential of life-writing’ for women who have been ‘erased from history’. In this compelling lecture, Hay framed life-writing as an empowering act that can give voice and autonomy to those who might otherwise have been silenced.

The first panel I attended was Women Writing Together, and it was opened by Dr Amy Culley (University of Lincoln). Her paper, titled ‘Ageing, authorship, and female friendship in the life writing of Mary Berry and Joanna Baillie’, examined the life writing of Mary Berry (1763-1852) through the lens of her friendship with Joanna Baillie (1762-1851) during the two writers’ later lives. Culley discussed the processes of supporting each other as older literary women, and provided a fascinating reading of rry’s desire to leave a legacy of sorts …read more

On This Day in 1815: William Wordsworth and a Sonnet for a Season

This is part of a new series of On This Day posts edited by Anna Mercer. If you’re interested in contributing to the series, please contact her on anna.mercer@york.ac.uk. We are currently looking for contributions about literary/historical events in 1816.

September’s post is contributed by Katherine Fender, who is a PhD student at the University of Oxford.

…I have never been so moved as I was on reading your exquisite sonnets…I must say that I have felt melancholy ever since receiving your sonnets, as if I was elevated so exceedingly, with such a drunken humming in my brain, that my nature took refuge in quiet humbleness and gratitude to God.

On 12th September 1815, in a letter to painter Benjamin Robert Haydon – who he had befriended on his visit to London in May-June 1815 – Wordsworth declared that:

I have not forgotten your Request to have a few verses of my Composition in my own handwriting, and the first short piece that I compose, if it be not totally destitute of merit, …read more 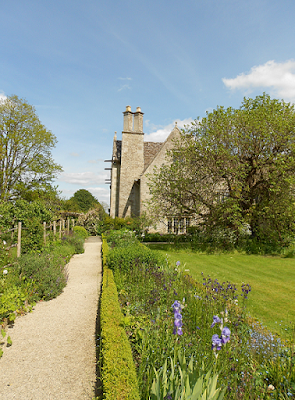 Pre-Raphaelite Fellowship: A Joint Fellowship from the University of Delaware Library and the Delaware Art Museum

Pre-Raphaelite Fellowship: A Joint Fellowship from the University of Delaware Library and the Delaware Art Museum

The University of Delaware Library, in Newark, Delaware, and the Delaware Art Museum are pleased to offer a joint Fellowship in Pre-Raphaelite studies. This short-term, one-month Fellowship, awarded annually, is intended for scholars conducting significant research in the lives and works of the Pre-Raphaelites and their friends, associates, and followers. Research of a wider scope, which considers the Pre-Raphaelite movement and related topics in relation to Victorian art and literature, and cultural or social history, will also be considered. Projects which provide new information or interpretation—dealing with unrecognized figures, women writers and artists, print culture, iconography, illustration, catalogues of artists’ works, or studies of specific objects—are particularly encouraged, as are those which take into account transatlantic relations between Britain and the United States.

Receiving the Fellowship:
The recipient will be expected to be in residence and to make use of the resources of both the Delaware Art Museum and the University of Delaware Library. The recipient may also take advantage of these institutions’ proximity to other collections, such as the Winterthur Museum and Library, the Philadelphia Museum of Art, the Princeton University Library, …read more

The P-word, part II: is it ever right to call a periodical a plagiarism? Congratulations to the Blake Society whose campaign to buy William Blake’s cottage in Felpham has been successful, securing it as a permanent monument to Blake’s achievements.

The P-word: or, is it ever right to call a periodical a plagiarism? The best thing about working on the Lady’s Magazine project is working as part of a team. I’ve worked with colleagues before on conferences and workshop series, and have learned so much from editing with friends. But this is really the first time that I can honestly say that I have researched collaboratively. It’s not the most common model for humanities research, and not all projects would require or possibly even much benefit from this approach.

Honestly, though, nearly a year into our project, I couldn’t imagine having continued my work on it without Jenny and Koenraad, aka my academic consciences, who keep me enthused and keep me honest by questioning my conclusions and nudging me to think differently week by week. We work together in a manner not dissimilar from the way that contributors to the magazine worked with each other: collaboratively, conversationally. Anything we say can be picked up and run with (or unceremoniously dropped) by anyone else. Our contributions to that conversation get better the more they are encouraged or challenged by others.

But like the magazine’s contributors, we don’t always reach a consensus. It’s not often that these disagreements are profound, but they are always …read more

Romantic London is a research project by Dr Matthew Sangster (Birmingham) exploring life and culture in London around the turn of the nineteenth century using Richard Horwood’s pioneering ‘PLAN of the Cities of LONDON and WESTMINSTER the Borough of SOUTHWARK, and PARTS adjoining Shewing every HOUSE’ (published between 1792 and 1799). It considers the ways in which the writers and works later grouped under the umbrella of Romanticism interacted with London’s communities and institutions while also examining a wide range of alternative approaches to representing and organising urban existence.

The site is based around a digital version of Horwood’s Plan laid over and georeferenced to modern maps of the city; this allows for detailed examinations and comparisons. As well as considering the Plan and its creator, the site is using Horwood’s work as a means of thinking about the ways in which writers, publishers and artists sought to communicate insights into London’s general character and particularities. By using Horwood’s Plan as a base map and adding other kinds of information to it using annotated markers, the site reflects upon the social, geographical and aesthetic assumptions made in late eighteenth- and early nineteenth-century attempts to …read more

CFP: NeMLA 2016 panel: “Word and Image on Page, Stage, and Screen in the Long Nineteenth Century.”

“Word and Image on Page, Stage, and Screen in the Long Nineteenth Century.”

Chairs Robert Hasenfratz and Kate Holterhoff are asking for abstracts: they welcome projects engaging any aspect of the word-image nexus in illustrated novels, stage productions, or film in Anglo-European or North American culture during the long nineteenth century.

‘The relationship between text and image has an important and suggestive place in the humanities. While in decades past literary scholars have been apt to treat any visual elements accompanying literary texts as supplemental, a growing number of visual and media studies theorists have expressed interest in the important and under-theorized role of paratexts in the form of advertisements, book illustrations, and film and stage adaptations. We have a particular interest in the visual culture of the long nineteenth century. For example, the craze for tableaux vivants, re-creations of famous paintings on stage with living actors, infected both the popular stage, early film, and book illustration in the mid-1890s. The visual culture leading to this moment had itself been conditioned by pre-cinematic arts like magic lantern shows and stereoscopic viewers. We are interested in the complex ways that this visual culture not only supplemented but determined …read more

By sophiecoulombeau On September 1st, Cardiff University hosted the international symposium, ‘Scandal and Sociability: New Perspectives on the Burney Family’. Organizing this event was a high point of my first year in post at Cardiff. For years, I’ve been fascinated with Frances Burney, one of the most successful and influential novelists of the eighteenth century and a […] …read more