On Christmas Day in 1815: Charles Lamb’s letter to Thomas Manning

Thankyou to Lucy Hodgetts (University of York) for this festive post which continues the ‘On This Day’ series. Her blog discusses Charles Lamb’s letter to Thomas Manning exactly 200 years ago on the 25th December 1815.

Very few letters addressed to Charles Lamb still exist, apart from those written by the sinologist Thomas Manning. One of the first British scholars of Chinese language and culture, Manning was a friend and inspiration to Lamb throughout his writing life. Manning was the ‘friend M.’ from whom Elia professed to have received the translated Chinese manuscript which inspired ‘A Dissertation Upon Roast Pig’.

Manning was a gifted mathematician and was accepted to Gonville and Caius College, Cambridge in 1790 to study Maths, but sharing the Quaker antipathy towards oaths meant he never took a degree. He stayed in Cambridge studying medicine and teaching maths, and met Lamb in 1799. While at Cambridge, Manning became interested in the study of Chinese language and culture and in 1802 travelled …read more

By Anthony Mandal Jeffrey W. Barbeau’s latest publication, Sara Coleridge: Her Life and Thought, is the most recent work in a burgeoning field of criticism on Samuel Taylor Coleridge’s daughter. Barbeau’s study follows on from Peter Swaab’s collections of her poetry (Collected Poems, Carcenet Press, 2007) and prose (The Regions of Sara Coleridge’s Thought, Palgrave Macmillan, 2012), as […] …read more

By Anthony Mandal Mark Sandy’s latest monograph, Romanticism, Memory, and Mourning, builds upon his previous work on Romantic subjectivities, legacies and constructions of place. This study unites these previous interests in an exploration of how the language of grief in Romantic poetry is used to articulate the connection between a personal sense of loss and the subject’s position […] …read more

By Anthony Mandal Despite the widespread espousal of print culture during the eighteenth century, manuscript circulation continued to be embraced by many writers as a viable and indeed attractive option. Several participants in literary salons across Britain and Ireland, for example, often chose to deliberately disseminate their writing in this form, and much salon correspondence includes discussion of […] …read more

By Anthony Mandal The Poetry of Erasmus Darwin: Enlightened Spaces, Romantic Times aims to recover the poetry and poetics of Erasmus Darwin from behind the rock of Wordsworthian Romanticism by challenging anew its assumptions about poetic diction and the role of metaphor or analogy. Priestman is working against the grain of ‘the Romantic Movement, with Erasmus Darwin’s absurd […] …read more

The Wordsworths: Romantics at Christmas 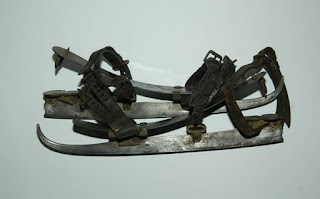 When I decided to write a post about the Romantics at Christmas, one family immediately came to mind: the Wordsworths. The festive season repeatedly punctuates Wordsworth’s work, from a community gathered together at Christmas in ‘The Thorn’ and the image of a family sitting ‘Like happy people round a Christmas fire’ in ‘Michael’ to the minstrels playing their ‘Christmas tune’ in the River Duddon sonnets. We encounter joyful recollections of the ‘frosty season’ in Book I of The Prelude, in which Wordsworth explains how ‘cottage windows through the twilight blazed’. The poem reveals how the young William ‘wheeled about’ on his ice skates, ‘Proud and exulting, like an untired horse / That cares not for its home’.
Unfortunately, Christmas was not always a happy time for Wordsworth. In Book XI of The Prelude, he recalls the Christmas of 1783 in what has become known as the ‘Waiting for the Horses’ episode. Wordsworth, just thirteen years old at this point, recollects how ‘Feverish, and tired, and restless’ he waited to return home for the holidays, only for his father to die within ten days. Although Wordsworth found something positive in this ‘spot of time’, returning to …read more

Conference Report: ‘Marilyn Butler and the War of Ideas’

Many thanks to Grace Harvey (University of Lincoln) for contributing to the BARS Blog the report below, detailing her experience of the warm and welcoming ‘Marilyn Butler and the War of Ideas’ conference held at Chawton a couple of weeks ago. Further details of the conference can be found on the Chawton House Library site and via the Chawton House Library Facebook group.

‘Marilyn Butler and the War of Ideas: A Commemorative Conference’ was held on the 11th and 12th of December at Chawton House. Organised by Gillian Dow and Linda Bree, the two days featured unrivalled discussions and research that celebrated the life and work of Marilyn Butler.

The first day was opened by James Chandler (University of Chicago), whose keynote, ‘Edgeworth and Austen (and Butler)’, spoke warmly of his friendship with Butler and drew attention to the sheer extent of her career and influence. His consideration of slavery, money, and Butler’s discussions of Austen, Edgeworth and Smith, amongst others, effortlessly encapsulated the convivial and celebratory tone of the conference.

The first panel was an opening discussion that, like Chandler’s keynote, was peppered with personal remarks about Butler in addition …read more

Baylor University Conference: The Uses of ‘Religion’ in 19th-Century Studies

BARS members who can make it to Texas in the spring are invited by the organisers to attend “The Uses of ‘Religion’ in 19th-Century Studies”, a conference at Baylor University, which will be held in the Armstrong Browning Library from March 16-19, 2016. A list of panels, speakers, and presentations can be seen here.

The conference features an international and interdisciplinary group of scholars who will participate in a variety of panels to examine how the category “religion” was constructed and deployed in nineteenth-century literature and culture, and to reflect self-critically on how scholarship invokes that category now. The conference will feature presentations by literary scholars, historians, art historians, and scholars of religion and theology that will extend our understanding of the uses of “religion” as a category and inform future academic conversation.

“The Uses of ‘Religion’ in 19th-Century Studies” conference, including a special concert on the Friday, is free to all who wish to attend. Registration is only required for those who are not on the program and plan to eat meals on Thursday and/or Friday (March 17 and/or March 18). The registration fees are $90 for meals on both days and $50 for meals on one day. Conference …read more

Report on ‘Children of CRECS: Contesting childhood in the Romantic era’, 7 Dec 2015

By stephaniejaneclayton As an opening to our third event, ‘Children of CRECS: Contesting childhood in the Romantic era’, Anthony Mandal declared that he was reminded of the 1984 horror movie Children of the Corn—from this we were immediately aware that this was not to be an evening of children frolicking through fields … The first speaker of the […] …read more

Thank you to Lucy Hodgetts and Marissa Bolin for the following reports from the interdisciplinary conference ‘Difficult Women 1680-1830′ held at the University of York on the 27th-28th November 2015.

To see the tweets from this conference please have a look at the Storify (day 1 and day 2). More information can also be found on the conference website.

‘Difficult Women’ was a two-day conference put together with the aim of uniting scholars working on representations and conceptions of women in literature, theatre, art, and science of the long eighteenth century. The term ‘difficult women’ encapsulates a plethora of figures that resisted accepted norms of femininity, and who challenged the expectations of their gender by innovative means. This interdisciplinary conference was a vibrant reflection of current research into the numerous ways in which women were considered to be ‘difficult’.

Shearer West’s keynote lecture, ‘What Do Difficult Women Look Like?’ set the tone for a truly interdisciplinary conference by exploring a range of artistic interpretations of femininity. West argued that over the long eighteenth century women became more ‘difficult’ as they became more visible, and thus more visualised. The …read more