The next meeting of the London-Paris Romanticism Seminar will he held on Friday 13 January 2017 in the Bloomsbury Room (G35) in Senate House, University of London, starting at 5.30. As our distinguished guest speaker, we are delighted to welcome Martin Procházka of Charles University, Prague, a leading international scholar of Romanticism and an acclaimed literary theorist. His talk, entitled The Phantasmal Imagination: Biographia Literaria and Continental Philosophy, will be followed by a discussion and a wine reception to which all are invited. Admission is free.

Martin Procházka, FEA, is Professor of English, American and Comparative Literature and the Head of the Department of Anglophone Literatures and Cultures at Charles University, Prague. His books include Romanticism and Personality (1996, in Czech) on Romantic subjectivity and its forms in Coleridge’s and Byron’s poetry; Transversals (2008), a collection of essays on Romanticism as the first pluralistic project of modern culture and its dilemmas of freedom and determinism, cultural identity and hybridity, nomadism and “imagined communities”; and Ruins in the New World (2012), which outlines an alternative cultural history of the U.S. focusing on apocalyptic thought and imagination and their impact on the uses of ruins, especially the ghost towns of the …read more

Please see the details below for how to apply for a BARS Stephen Copley Research Award. Contact Dr Daniel Cook (d.p.cook@dundee.ac.uk) for further information and enquiries.

Postgraduates and early career scholars working in the area of Romanticism are invited to apply for a Stephen Copley Research Award. The BARS Executive Committee has established the bursaries in order to help fund expenses incurred through travel to libraries and archives, up to a maximum of £300. A postgraduate must be enrolled on a doctoral programme in the UK; an early career scholar is defined as someone who holds a PhD (from the UK) but has not held a permanent academic post for more than three years by the application deadline. Application for the awards is competitive, and cannot be made retrospectively.

Successful applicants must be members of BARS before taking up the award. The names of recipients will be announced on the BARS website and social media, and successful applicants will be asked to submit a short report to the BARS Executive Committee within four weeks of the completion of the research trip and to acknowledge BARS in their doctoral thesis and/or any publication. Previous winners or applicants are encouraged …read more

By admin RE: To Charles Cowden Clarke, 17 December 1816
This Week in Keats (aka Brian Rejack and Michael Theune) …read more

By admin Keats’s last letter of 1816–an invitation to Charles Cowden Clarke to join him, Severn, and Reynolds for the Saturnalia. …read more

19: Interdisciplinary Studies in the Long Nineteenth Century has published its 23rd issue, on the theme of ‘The Arts and Feeling’. The issue’s ten articles are introduced by Victoria Mills’ essay ‘Curating Feeling’, a response to the recent Fallen Woman exhibition at The Foundling Museum.

This issue explores the ways in which Victorian writers, artists, composers, sculptors, and architects imagined, conceptualized, and represented emotion. Its diverse articles respond to and extend recent interdisciplinary work on emotions, sentimentality, and the senses, locating such work within wider debates about the physiology and psychology of aesthetic perception, the historicization of aesthetic response, and the role of media specificity in the production of affect. What were the expressive codes and conventions that resonated for the Victorians? And what of the terminology used today in academic discourse to locate, recognize, and describe feeling? ‘The Arts and Feeling’ interrogates such questions in relation to canonical artworks, like John Everett Millais’s Autumn Leaves or William Holman Hunt’s The Awakening Conscience. It investigates the role of feeling in religious visual and material culture, and in John Ruskin’s vision of architecture as an emotional art; it looks at Victorian exhibition culture and the ‘hurried’ nature of aesthetic response, and …read more

On This Day in 1816: 10th December and the tragic death of Harriet Shelley

We welcome Francesca Blanch Serrat to the BARS blog for the second time; Francesca is a pre-doctoral student and has written the following post on Harriet Shelley. She recently graduated in English Studies with a minor in Gender Studies from Universitat Autònoma de Barcelona. Her areas of research include minor women writers of the eighteenth century and British and French Romanticism. She is on Twitter.

We are always looking for new contributors. If you’d like to write something on literary/historical events in 1817, please contact anna.mercer@york.ac.uk. We also welcome proposals from those who wish to write about 1817 more generally, and not about a specific date. We hope you are enjoying this series!

The Life and Death of Harriet Westbrook Shelley

On this day, December 10th, two hundred years ago, the body of Harriet Shelley, née Westbrook, was recovered from the Serpentine in Hyde Park. It was a pensioner of the Chelsea Hospital, John Levesley (Shepherd, 2013) who saw the corpse floating in the lake and alerted the authorities. After the inquest, it was discovered that the remains belonged to a Harriet Smith (she had taken lodgings under that surname), who had disappeared a month before. She was pregnant when she …read more

The Last Man: A Post-Apocalyptic Opera 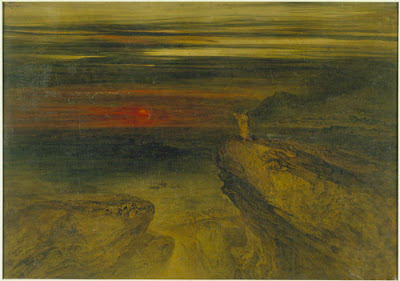 The Christian outlook of Campbell’s poem is even more apparent in another picture of the Last Man that was based on this text: J. M. W. Turner’s ‘The Last Man’ (1837). In this painting, the Last Man is a tower of strength and faith, kneeling – just in case you missed those comparisons with Christ(!) – in front of a huge, glowing cross.
Campbell’s poem, however, didn’t just inspire the art world. In 1826, an operatic scene based on Campbell’s text and set to music by William H. Callcott was performed to rave reviews. The Quarterly Musical Magazine and Review commended the composer’s choice of poem, observing that the composition ‘is really a work in which genius shews [sic] forth’. Other publications recommended the …read more

is delighted to announce

Awarded biennially for the best first monograph in Romantic Studies, this prize is open to first monographs published between January 2015 and January 2017. In keeping with the remit of the British Association for Romantic Studies, it is designed to encourage and recognise original, ground-breaking and interdisciplinary work in the literature and culture of the period 1780-1830. The prize will be awarded to the value of £250 and will be presented at the BARS biennial conference, ‘Romantic Improvement’, to be held at the University of York in July 2017.

The competition is open to scholarly monographs by authors who have not published a monograph before. Books must be nominated through the BARS membership. Nominations should attest to the importance of the book within the field, detailing its particular strengths and describing the nature of its original contribution. They should be no longer than one side of A4 in length. Please send nominations to the Secretary of BARS, Helen Stark (Helen.Stark@qmul.ac.uk) by the closing date, January 31, 2017. The BARS Executive …read more

Do we know what we’re estimating?

One of many things that working on the separate plates has gotten me thinking about is how we conceptualize units of space. Doing the textual transcriptions for the separate plates requires that we use a lot of and tags. Inside these elements, we use the attribute “extent=” to describe the size of the space. The difficulty of this is that I never feel like I have any idea what it is we’re counting. It seems like the standard instruction in the matter is to put down a rough guess and wait until it’s up on the testing site to ensure the accuracy of the number. This makes sense, but it would seem that even to put in a rough guess a person would need to have some idea what the unit is. Consulting the “Filling out an XML BAD File” on the WIP site doesn’t provide any help in the matter.

Back when I was working on the transcriptions of Blake’s letters, I would usually just assume the unit of space was about the extent of a character. I never knew whether this was close to what a unit of ‘space’ was supposed to be (The image below …read more