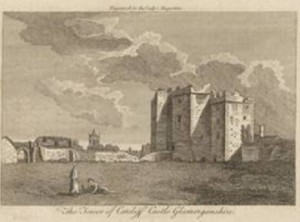 As Jenny told you in her post of last week, the three of us recently went to Cardiff to lead a workshop at the first annual conference of the Cardiff Romanticism and Eighteenth-Century Seminar (CRECS). I second Jenny’s enthusiasm about this initiative and want to join her in thanking our kind hosts for their hospitality. It was not only great to test out new ways to discuss our work with an audience that mostly had little prior knowledge of the Lady’s Magazine; while we were there, we also had the opportunity to check the holdings of the magazine in the Special Collections and Archives (SCOLAR) section of the Cardiff University library. Despite their similar names, Caerdydd and Caergaint (Canterbury) are quite far away from each other, and I had been eager to spend some time in this excellent research library since Jennie on an earlier visit discovered in the SCOLAR collections some copies of the magazine with the advertisements still in them. In a previous post on advertising I have already explained …read more