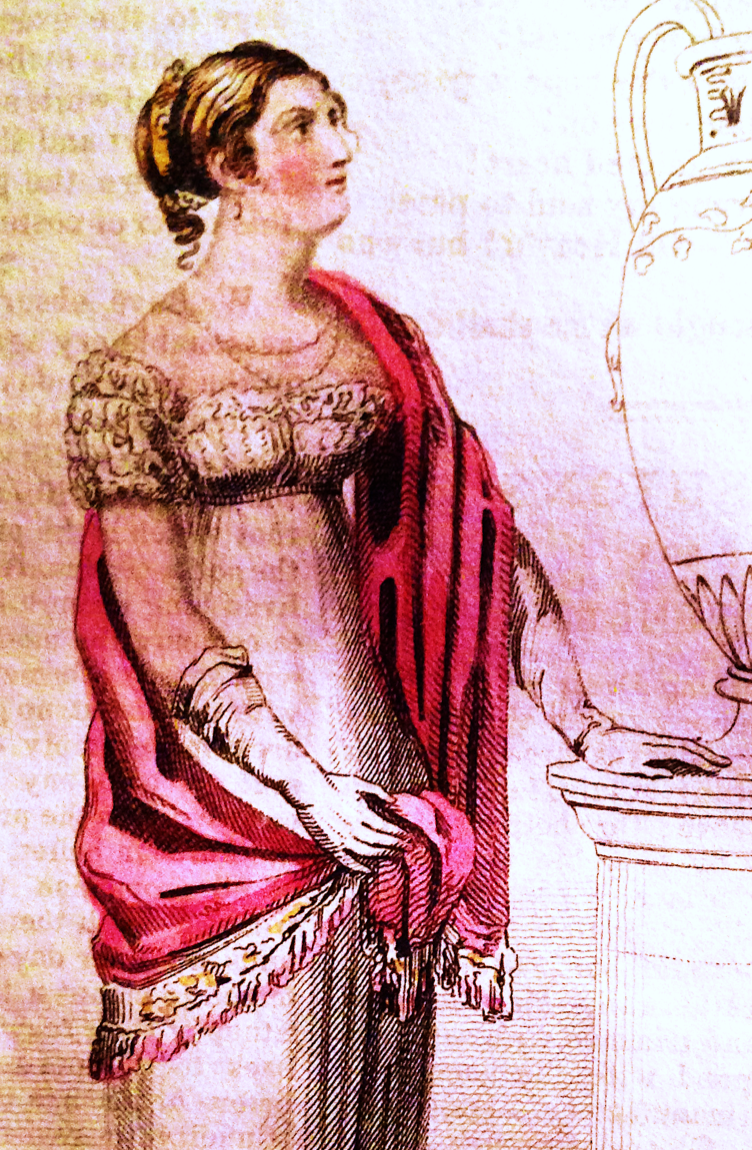 “Postman!” corrected my partner, grumbling irritably and pulling the duvet over his head.

My unusual excitement at being woken by man and beast was because of the anticipated delivery: a volume of the 1815 Lady’s Magazine. Ever since I bought a 1775 edition of the magazine I’ve been looking for another good deal (which for me means damaged but with as many engravings/plates/patterns as possible) and when 1815 appeared for sale with four fashion plates the opportunity was too good to miss.

For today’s post I leave off my ‘researcher’ hat and simply share my excitement at my new (old) edition of 1815 and some pictures of the engravings and plates that I’ve edited a bit to show off the really extraordinary skill of the artists. Although the engravings are one of the aspects of the magazine that we know little about (for most of the first series of the periodical they have no artist signatures or printer’s details) …read more