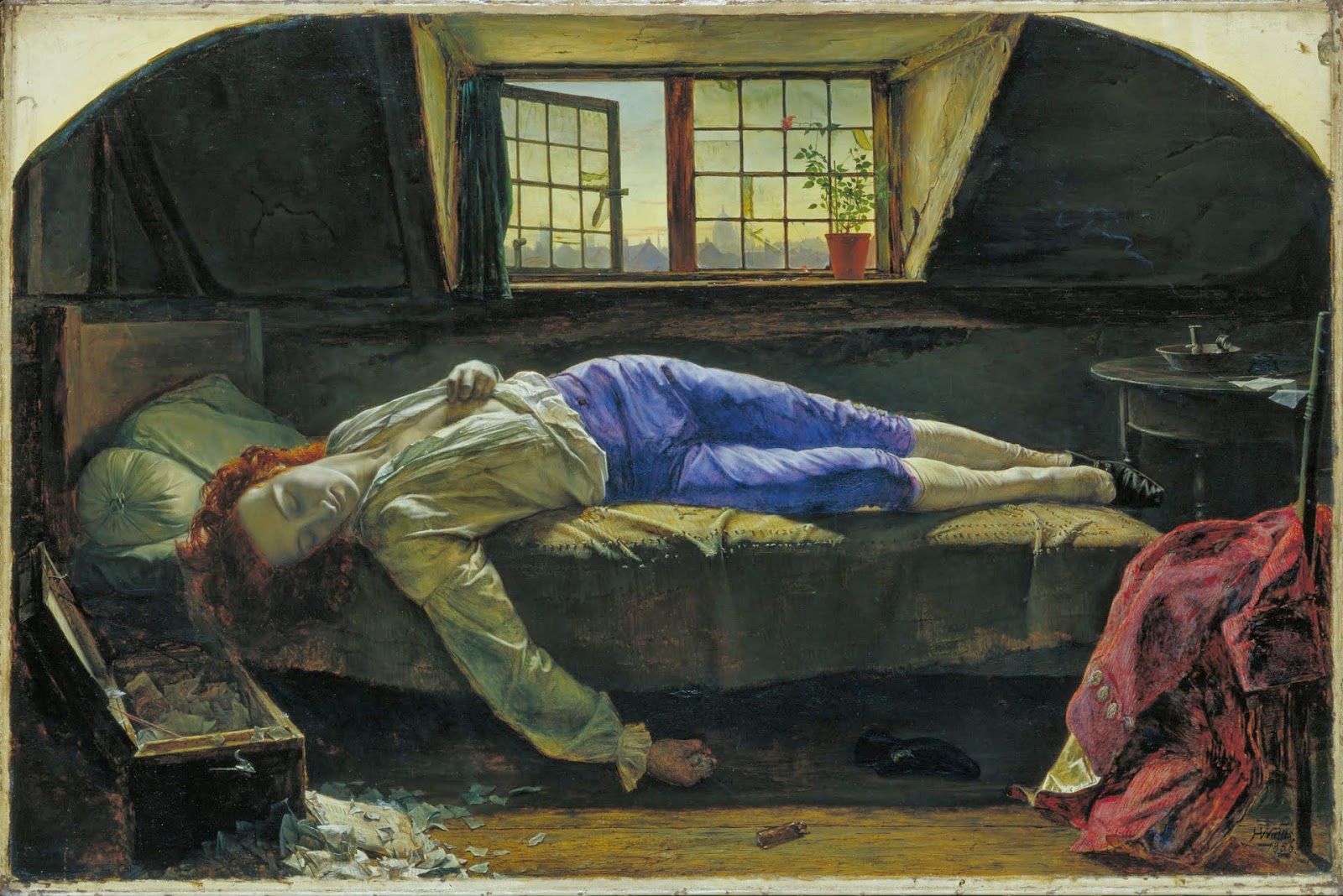 Commonly held to be one of the first English Romantic poets, Thomas Chatterton is an intriguing figure known for his pseudo-medieval poetry and tragically early death aged just seventeen. Referred to as ‘the marvellous Boy’ by William Wordsworth in ‘Resolution and Independence’, Chatterton’s great imagination, revolutionary spirit, and ‘martyrdom’ stemming from his apparent suicide appealed to the Romantics who followed him. In 1803, Robert Southey edited his poems, while John Keats dedicated Endymion (1817) to Chatterton and Percy Shelley features him in ‘Adonais’ (1821).

Born in Bristol in 1752, Chatterton was a voracious reader as a young child, devouring Chaucer, Spenser, Gray, Collins, Shakespeare, Macpherson, Thomas Percy’s Reliques of Ancient English Poetry, and the Ossian fragments. This led to Chatterton beginning to compose his own poetry from the age of eleven, and between 1768 and 1770 he produced an astounding number of literary works, including poetry, elegies, and satires.

Chatterton’s most famous works are his ‘Rowley’ poems, which he also wrote during this period. Chatterton claimed that Rowley was a 15th-century monk whose works he had discovered in a chest in St …read more