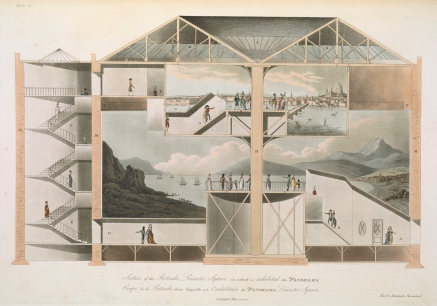 The British Library is delighted to announce the launch of Picturing Places, a new free online resource which explores the Library’s extensive holdings of landscape imagery.

The British Library’s huge collection of historic prints and drawings is a treasure trove waiting to be discovered. Picturing Places showcases works of art by well-known artists such as Thomas Gainsborough and J. M. W. Turner alongside images by a multitude of lesser-known figures. Only a few have ever been seen or published before.

Historically, the British Library’s prints and drawings have been overlooked by scholars. This is the first time that a large and important body of such materials from the Library are being brought to light. While landscape images have often been treated as accurate records of place, this website reveals the many different stories involved – about travel and empire, science and exploration, the imagination, history and observation.

As well as over 500 newly-digitised works of art from the collection, this growing site will feature over 100 articles by both emerging and established scholars from many disciplines. Part of the British Library’s ongoing Transforming Topography …read more