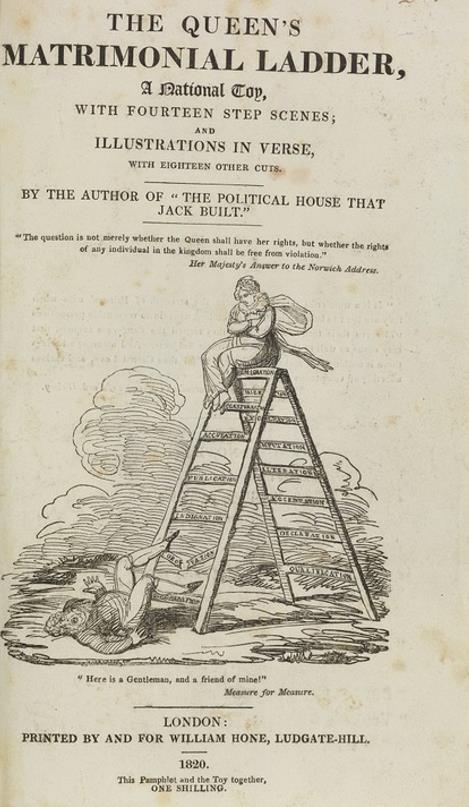 Queen Caroline’s eagerly anticipated trial for adultery began in the House of Lords on 17 August 1820. It is no understatement to say that the eyes and ears of the nation were focused on this bizarre but compelling spectacle. The event generated an unprecedented degree of publicity, media attention and public scrutiny. A few days before the proceedings opened, newspapers published an open letter from Caroline to the king (which was probably penned by William Cobbett) in which she denounced the Bill of Pains and Penalties as ‘a perversion and mockery of the laws’ (Times, 14 August 1820). She condemned the government’s ‘unprovoked and unparalleled persecution’ as the culmination of a ‘malignant and unrelenting’ campaign which began when the king (then Prince of Wales) followed his own ‘inclinations’ and abandoned her in 1796 after less than a year of marriage. Any follower of her story would know that the word ‘inclination’ was a reference to the king’s separation letter which had also been widely reproduced and which anchored this controversy in an earlier, foundational period of political …read more